Casey Cox is still on the run, fleeing prosecution for a murder she didn’t commit. Dylan Roberts—her most relentless pursuer—is still on her trail, but his secret emails insist he knows the truth and wants to help her. He’s let her escape before when he had her in his grasp, but trust doesn’t come easily.

As Casey works to collect evidence about the real murderers, she stumbles on another unbearable injustice: an abused child and a suicidal man who’s also been falsely accused. Casey risks her own safety to right this wrong and protect the little girl from her tormenters. But doing so is risky and may result in her capture—and if she’s captured, she has no doubt she’ll be murdered before she ever steps foot in a jail cell.

The police lights in my rearview mirror almost destroy me. Only ten miles out of Shady Grove, police race through traffic behind me, sirens cycling and blaring, those blue bulbs painting terror inside my rain-drenched car. There’s no place to pull over—the traffic ahead is jammed and the sides of the road drop off into ditches.
My heart fists and slams, and I break out in sweat.
But there’s also the tiniest relief. Soon it will all be over—this running and hiding, this pretending to be someone else, this detachment from real life, because relationships can be so painful when you have to rip them off like wax. But as quickly as that relief comes, reality banishes it. It’s my life that will be over, as soon as they turn me over to my tormentor. And then they’ll start on my family.
I glance at myself in the rearview mirror. They’ll identify me right away because of my injuries. My jaw is bruising and swollen, and my hand is sticky with blood. They won’t care that I fought for my life tonight, and for someone else’s. It won’t matter what good I’ve done, because my best friend’s murder scene was covered with my DNA. In their minds, I’m a cold-blooded killer. They’ll say I deserve whatever happens.
As the police cars weave through traffic and move up behind me, I pull into a movie theater parking lot, knowing they’ll fly in behind me and surround me, weapons drawn.
Instead, they stay on the slick road and hurry past the parking lot. Holding my breath, I turn around in my seat, staring out the wet back window, amazed, watching as they reach their destination a half mile up the road. It’s a two-car wreck, and the team of police cruisers barricade it, stopping traffic.
I let out my breath as tears overtake me. So it’s not over. It goes on. I’ll keep running.

Holy cat-and-mouse chase, Batman! I am so hooked on this series! It’s rare to find a romantic suspense plot that can genuinely justify a three-book series, but if any story can, it’s this one. From the first line of the first book (If I Run), the tension has not let up for a minute, nor has there been a dull moment. And I absolutely love the way it’s developing Casey and Dylan as characters.

This book picks up exactly where the previous one left off, and I do recommend you read If I Run before this one. Casey’s search for information to prove who the real killers are takes her to Dallas, Texas, where she once again finds herself torn between keeping a low profile and doing what she can to help clear the name of a man in a position she understands all too well. With an increased media campaign circulating pictures of her, the danger of being recognised is all too real, no matter how much she tries to transform her appearance. Not only that, but the investigation to find her has gone rogue; on both sides of the law.

In addition to the fabulous suspense, I love the way Casey is exploring faith in God through all of this. She’s a rare character in Christian fiction, in that religion hasn’t been a part of her life up until now—in either a negative or a positive sense. There is a childlike honesty and curiosity to her desire to understand who God is and what it means to have faith in Him, and while her situation is often overwhelming, she’s learning to find God and know Him in the little things. It’s somehow both a mind-boggling and a refreshing faith journey to witness.

And Dylan. Again, it’s such a fresh take on the way in which a relationship can grow between two people. I don’t want to say too much and risk giving spoilers for either this novel or the previous one, but I love the way I can feel their relationship deepening on an emotional level. Not only that, but there is a wonderful anticipation about what will happen when they finally meet. As to when, how, or whether that’s happened yet, I’m going to button my lips!

Really and truly, if you love suspense, this series should be on your ‘must read’ list. I’ll be counting down the months, weeks, and days until the final book releases!

I received a copy of this novel through BookLook Bloggers. This has not influenced the content of my review.

~ Other Books in the Series ~ 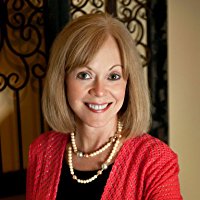 Terri Blackstock is a New York Times best-seller, with over six million copies sold worldwide. She has had over twenty-five years of success as a novelist. Terri spent the first twelve years of her life traveling in an Air Force family. She lived in nine states and attended the first four years of school in The Netherlands. Because she was a perpetual “new kid,” her imagination became her closest friend. That, she believes, was the biggest factor in her becoming a novelist. She sold her first novel at the age of twenty-five, and has had a successful career ever since.

In 1994 Terri was writing for publishers such as HarperCollins, Harlequin, Dell and Silhouette, when a spiritual awakening drew her into the Christian market. As she was praying about her transition, she went on a cruise and noticed that almost everyone on the boat (including her) had a John Grisham novel. It occurred to her that some of Grisham’s readers were Christians, and that if she wrote a fast-paced thriller with an added faith element, she might just find her niche. As God would have it, Christian publishers were showing interest in the suspense genre, so she quickly sold a four-book series to Zondervan. Since that time, she’s written over thirty Christian titles, most of them suspense novels.

Besides entertaining her readers, Terri tackles issues that she hopes will change lives. Her recent book, Predator, was inspired by her experiences on Facebook and Twitter, and her concern that people posted too much personal information about themselves. The book deals with an online predator who uses social networks as his playground. She hopes the book will change readers’ online habits. Her New York Times best-seller, Intervention, was inspired by her own personal struggles with a daughter on drugs. In the book, a mother hires an interventionist for her drug-addicted daughter. But on the way to treatment, the interventionist is murdered, and the daughter disappears. Barbara, the mother, sets out to search for her daughter. Terri modeled Barbara after herself, and poured many of her own emotions and experiences into that character. As a result, many families experiencing drug addiction have written to thank her for telling their story and giving them hope.

Other recent books include her stand-alone novel Shadow in Serenity, and Vicious Cycle (Book 2 in her Intervention Series). She’s also known for popular series such as the Restoration Series, the Cape Refuge Series, the Newpointe 911 Series, and the SunCoast Chronicles series.

Terri has appeared on national television programs such as “The 700 Club” and “Home Life,” and has been a guest on numerous radio programs across the country. The story of her personal journey appears in books such as Touched By the Savior by Mike Yorkey, True Stories of Answered Prayer by Mike Nappa, Faces of Faith by John Hanna, and I Saw Him In Your Eyes by Ace Collins.