Posted on July 3, 2017 by Fiction Aficionado

I don’t know about anyone else, but I have been on tenterhooks waiting for the release of the final book in the Serena Jones mystery series, Over Maya Dead Body. That moment arrives on Tuesday 4 July! For those of you who haven’t read this series yet, Serena Jones works for the FBI’s art fraud team, and while romance barely makes a blip on her radar, there are two men in her life who have been hoping they might be the one to change that.

If you’ve been following the series, you may have already aligned yourself with #TeamTanner or #TeamNate, but it wasn’t such a clear cut choice for me (or so I thought, until about halfway through Over Maya Dead Body). Apparently, it was a different story for the rest of Sandra’s readers, and so I couldn’t resist asking her to join me for a chat about it all! 🙂

First things first, of course: Sandra highly recommends a morning glory muffin and strawberry tea as the perfect accompaniment to a chat with friends. Please share them around while we chat. 🙂 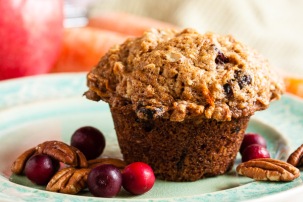 Images: Morning Glory Muffin thanks to Wanna Come With Me (you can even get the recipe!) and Strawberry Tea thanks to Herbal Teas Online. I am in no way affiliated with either of the websites, they just had the pictures I liked the most!

Sandra Orchard is the award-winning author of numerous romantic suspense and mysteries, including A Fool and His Monet, Another Day Another Dali and the Port Aster Secrets series. The winner of six Canadian “The Word” awards and a Romantic Times Reviewers’ Choice Award, Sandra has also received a HOLT Medallion Award of Merit, a National Readers’ Choice Award, and a Daphne du Maurier Award. When not plotting crimes, Sandra enjoys playing make-believe with her grandchildren, hiking with her husband of thirty years, teaching/speaking, crafting or renovating. She lives in Ontario, Canada.

FBI Special Agent Serena Jones arrives on Martha’s Vineyard with her family, ready for a little bit of R&R and a whole lot of reminiscing as they celebrate the engagement of an old family friend. But crime doesn’t take a vacation, and she’s soon entangled in an investigation of a suspicious death tied to an antiquities smuggling ring.

When her investigation propels her into danger, Serena must stay the course and solve this case before anyone else dies. But just how is she supposed to do that when the two men in her life arrive on the scene, bringing with them plenty of romantic complications–and even a secret or two?

KATIE:  Thank you for joining me today, Sandra. To start with, let’s take a little ‘flight of fancy’. Finish these sentences for me. If I could visit any place in the world, I would visit…

SANDRA: I don’t know. Where would you visit? Ohhh, you mean me. Oops. Hmm, probably Australia, but I’d also want those new sleeping beds Delta offers, so I hope the conditions include flight costs are no object. 🙂

Lol! Yes, I did mean you. Flight costs are, of course, no object, and I heartily approve of your choice of destination!

If I could assign one household task to the fairies forever, it would be…

Does housework count as one?

Oh, that’s a good idea! Lump it all in the one category. Works for me! 🙂

If I was a musical instrument, I would be a…

Wow, you ask the hardest questions. I’ll say a fiddle and you can draw your own conclusions.

Hmm… Lively, and you inspire people to dance? 😉

When I was a child, I wanted to be a…

My ideal place to read would be…

In a gravity chair by a quiet Northern Ontario lake with no sun glare or bugs bugging me.

Now, let’s get down to the REAL reason I asked you here today! What was your inspiration for the Serena Jones series?

The art crime investigations of a Montreal police officer and of FBI Agent Robert Whitman, founder of the FBI’s Art Crime Team.

At what point did the idea for a love triangle come to you, and why did it appeal to you?

I actually never thought of the story as a love triangle. I told my editor that I didn’t want to write another series in which a romance arced more than one book, so I decided to make Serena highly likable, but oblivious to men’s interest, because she’s so focused on her mission. By the time I finished A Fool and His Monet, it was clear there were a couple of main men in her life, so I decided it would be fun to let my readers decide who she’d ultimately end up with at the end of the series.

It can be quite tricky to write a romance that arcs more than one book, can’t it? But you definitely got the likable and oblivious down pat. 🙂

Can you briefly introduce us to the two men in Serena’s life? 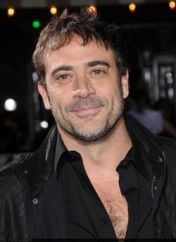 Her former field training agent, sometimes partner, and mentor; he’s protective, knows her well, teases her and jokes around with her often, supports her in her career, looks out for her; he’s intense, patriotic, resourceful, zealous, hard core FBI, married to his work, and ten years older than her; sees Serena as just like him, idealistic about what he can accomplish if he stays committed, a good guy who takes care of his agents.

The cute and kind building superintendent who takes care of her cat while she’s on the road; is her quirky Aunt Martha’s favorite. He’s not very forthcoming about himself, but has strong observational and listening skills (think Patrick Jane in the Mentalist). He shares her love of properly brewed tea, old movies and art. So he’s a bit of a kindred spirit.

After the release of A Fool and His Monet, you asked readers to vote for who Serena Jones would end up with at the end of the series. I know you’ve hinted at some of these answers above, but I’m going to throw all the W questions at you. Whose idea was it? Where did it come from? Why did you decide to do it that way? Basically, can you tell us all how it all came about?

It was my idea. I thought it would be fun. And it was great fun watching readers debate on my FB page and start their own fan clubs. It was just unfortunate that the final book was due to my publisher mere months after the first book released, so that only the earliest readers got a chance to have their vote count.

I was one of those readers who came to the party too late to vote. But considering how often I vacillated, I’m not sure my vote would have counted for much!

You must have been fairly confident that you could bend your characters to your will; or at least, the will of the majority of your readers. Was that the case? Did these characters behave once you told them how it was going to play out?

Well…the entire time I was writing Over Maya Dead Body, I was hoping it wouldn’t be the last book in the series, so I wasn’t too worried about slanting Serena’s affections one way or the other, although I was slanting them in the way I thought the readers would choose. But about six weeks before it was due, I got word that my pitch to extend the series didn’t get accepted, and…I realized that the majority of my readers weren’t voting for the guy I thought they would! I had to do some quick and fancy editing to make everything work. I was very grateful for the help of Serena’s alter ego, my critique partner Laurie Benner, who was more than happy to aid me in swaying Serena’s affections toward her choice in men. It was quite amusing getting feedback from my editor and critique partners as the series progressed, because they were equally divided on who should win Serena’s heart.

What a shame the series couldn’t be extended. But I love that your readers surprised you like that! It’s good to keep you on your toes. 😉

Without naming any names, did you develop your own preference for whom Serena would end up with as you wrote the series, and if so, how did you handle that?

As I said above, I had in mind the guy I thought readers would choose. I was happy to go either way.

We obviously don’t want to give anything away, but were the responses heavily weighted in one direction or the other, or was the voting fairly evenly balanced?

It was heavily weighted in one direction.

That surprises me. I really thought it would be a close call! Even so, it’s fair to say that there will be fervent supporters of either #TeamTanner or #TeamNate who might be disappointed at the end of the book. Is there anything you would like to say to those readers who might feel Serena should have made a different choice?

Well, as my daughter said after I got a flurry of emails asking me to keep writing Serena novels on my own, I could always kill the winner off and start again. 🙂

Eek! Goodness no! How cheeky. How could she even say that?! 😉

Lastly, what’s next for Sandra Orchard?

I’m currently writing for a new-to-me publisher, Annie’s Attic, which publishes continuing mystery series written by multiple authors and sells them by mail order only. Unfortunately, for my fans to read my contribution to the series, they need to subscribe to the entire series and start from the beginning. The Hound and The Fury, book 17 in the Amish Inn series releases in October. And I am writing several books in the Victorian Mansion Flower Shop Mysteries, which I believe will begin in 2018. I’m currently working on lucky book #13 in the Secrets of Castleton Manor Library series. I’ve been able to read the first six or seven novels in this series and am really enjoying it. Readers who’d like to be alerted to upcoming releases may subscribe to my newsletter at: http://bit.ly/OrchardNews

Readers wanting to check out my entire backlist can view all thirteen novels here: http://sandraorchard.com/my-books/

Thank you so much for chatting with me today, Sandra. 🙂

Thank you for having me!

Are you #TeamNate or #TeamTanner? If you haven’t read the series yet (or are a fence sitter!) do you like stories that involve love triangles? Why or why not?

15 Responses to Interview with Sandra Orchard