FBI Special Agent Serena Jones arrives on Martha’s Vineyard with her family, ready for a little bit of R&R and a whole lot of reminiscing as they celebrate the engagement of an old family friend. But crime doesn’t take a vacation, and she’s soon entangled in an investigation of a suspicious death tied to an antiquities smuggling ring.

When her investigation propels her into danger, Serena must stay the course and solve this case before anyone else dies. But just how is she supposed to do that when the two men in her life arrive on the scene, bringing with them plenty of romantic complications–and even a secret or two?

Preston looked around. “Ben’s here?”
We didn’t respond.
“He’s not here?” Preston tugged on his ear, a habit I recalled from our brief dating stint. “You think he was connected to the art crime Jack called the FBI about?” Preston hissed out a long sigh, his gaze drifting to Tisbury Great Pond or maybe the ocean beyond. “Makes sense, I guess. A few years back he showed me an artifact he’d picked up on one of his trips. Asked what I thought it would be worth.”
And you’re only telling me this now? The sound of the pounding surf suddenly grew thunderous, or maybe that was the blood rushing past my ears. I took a deep breath to calm my rioting thoughts. “What did you tell him?”
“That it was illegal to take cultural artifacts out of most of those countries without the government’s permission. I told him to turn it over to the authorities and plead ignorance.”
“Did he?”
“I thought so. I mean, I assumed he did.” The muscle in his jaw flinched. “I’m sure he did. Ben’s a good guy. He even wrote an article about antiquities smuggling not long after that.” Preston’s tone and expression didn’t match the certainty of his words. I could understand him wanting to cover for his fiancée’s brother, but what if Ben was also Jack’s killer?
Preston excused himself and returned to the house.
“I don’t trust that guy,” Tanner said from behind me, making me jump.
“You can say that again,” Nate agreed.
“Wait!” I patted my pockets. “Either of you got a pen and paper?”
“What for?” they both asked.
“The two of you agreed on something. This is an occasion for the history books. I think you’re both wrong, but that’s beside the point.”
Nate chuckled and said to Tanner, “They used to date.”
“Wait, how’d you—?”
Before I could ask him how he’d found that out, although I was sure I had Aunt Martha to thank for the disclosure, Tanner said, “Ahhhh,” as if the detail explained everything.
“What’s that supposed to mean?” I demanded.
Tanner graced me with an unnaturally patient look, as if I might be too simpleminded to understand. “You have blinders on when it comes to guys you date.” His gaze shifted pointedly toward Nate.
The corners of Nate’s lips twitched into a grin. Apparently, he’d rather let Tanner think we were dating than take offense at what I was supposedly blind to in him.

It’s here! The much anticipated conclusion to the Serena Jones series is fast-paced, full of twists, u-turns, and surprises, and crackling with romantic tension! I seriously thought I would be reading this one with my hands over my eyes, peeking through my fingers in some absurd attempt to thwart the nerves over how it would play out (if anyone says ‘it’s just a story’, I’ll throw the nearest object I can find at you!) but I was sucked in from the get-go, and my nerves gradually eased as the humour that has laced this whole series lightened the mood at all the right moments.

There’s quite a cast of suspects in this case, including Serena’s childhood bosom buddy Ashley, and Ashley’s brother Ben. Add in a bitter almost-step-daughter, her boyfriend, the deceased’s business partner, and a variety of law enforcement officers who may or may not be on the up-and-up, and you’ve got plenty of tails to chase. Aunt Martha, of course, throws her oar in, and when Nate and Tanner both drop everything to be by her side, Serena can no longer ignore their increasingly-less-subtle hints at their feelings for her.

For those who have been eagerly waiting to see who Serena ends up with, you will be holding your breath to the very end, but this series has still managed to avoid all the pitfalls that can so easily make stories with love triangles painful to read. There’s no angst, both Nate and Tanner are perfect gentlemen who retain their usual sense of humour throughout (with some moments of touching sincerity thrown in), and Serena is genuinely torn between two men who mean a great deal to her. Yet she never leads either one on, and really, she doesn’t get much opportunity to examine her feelings until the very end, when circumstances lead quite naturally to a moment of clarity for her.

This has become one of my favourite mystery series thanks to the intriguing plots, the gentle wit and humour, and the array of unique and down-to-earth characters. If only the series could continue!

* You can also find my interview with Sandra about this series here. 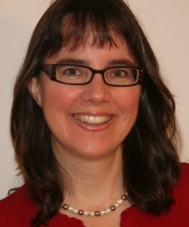 Sandra Orchard is the award-winning author of numerous romantic suspense and mysteries, including A Fool and His Monet, Another Day Another Dali and the Port Aster Secrets series. The winner of six Canadian “The Word” awards and a Romantic Times Reviewers’ Choice Award, Sandra has also received a HOLT Medallion Award of Merit, a National Readers’ Choice Award, and a Daphne du Maurier Award. When not plotting crimes, Sandra enjoys playing make-believe with her grandchildren, hiking with her husband of thirty years, teaching/speaking, crafting or renovating. She lives in Ontario, Canada.