Posted on September 24, 2017 by Fiction Aficionado

Welcome to the weekend! Hope it’s a good one, wherever you are. In my part of Australia we seemed to have skipped spring and gone straight to summer. Today is mid-30s (85-95 degrees Fahrenheit) with a warm, gusty wind. Ick! Nice day to be inside checking out all the bookish news! 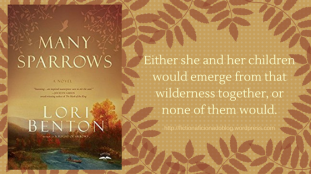 Just the one book tour underway for TLC Book Tours at the moment. Click on the cover image to be taken to the tour page with the blog schedule:

Litfuse has four fiction tours underway. Click on the image to go to the Litfuse tour page. 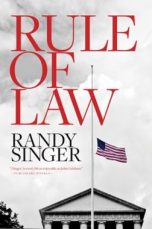 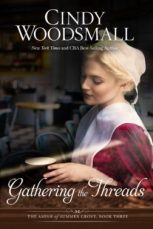 Celebrate Lit tours has plenty going on again. Two tours finishing up this week, another two underway, and one about to start up! As always, you can click on the graphic to be taken to the home page for each tour, where you’ll find the schedule for the blog tour, giveaways, and more.

Singing Librarian Books also has a blog tour underway at the moment:

Vannetta Chapman has a September giveaway on her blog. Click on the graphic to find out more and to enter: 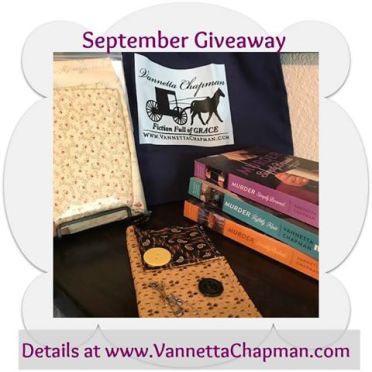 Author Dani Pettrey has a special pre-order giveaway for her upcoming release Blind Spot which is good all the way up to 2 October! Click on the graphic below to find out how to enter.

Crystal Walton has a giveaway for her upcoming release, Just Maybe. Click on the graphic to learn more and to enter the giveaway:

And finally, here are some Goodreads giveaways for August/September – click on the cover to enter.

Be sure to RSVP via this link https://goo.gl/forms/A79ZxoXJxViQry2c2 to be entered for the chance to win a door prize, even if you are MIA on the night! 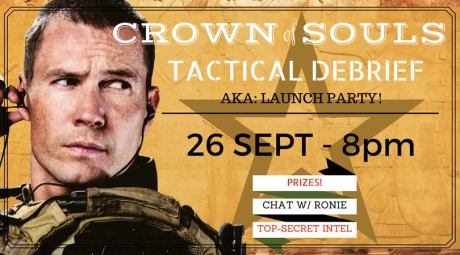 You can learn more about these books by clicking on the cover.

Click on the graphic to find out more and pre-order from Amazon.

Note: Book covers in the sections below are affiliate links with Amazon. It does not cost you any extra to purchase through these links, but I do earn a teensy tiny commission on the sale, which helps in the running of this site. 🙂

And don’t forget about all the great books that have already released this month!