Posted on December 3, 2017 by Fiction Aficionado 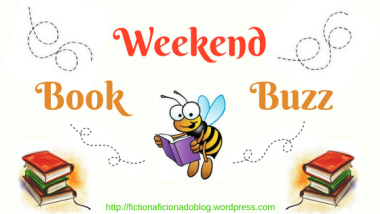 It’s December! And with the dress rehearsal this weekend for my kids’ ballet concert coming up next weekend, it’s been a big beginning to a big month. But I’ve still managed to put together a whole lot of bookish information for this week that I’ll hope you enjoy! 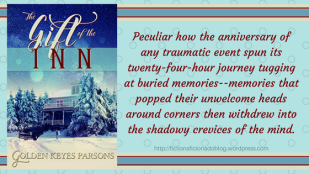 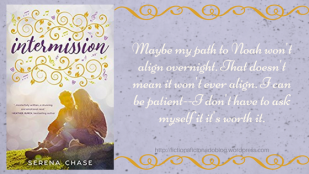 There are several tours underway with Litfuse. Click on the cover title for more information.

Celebrate Lit tours sure are busy this month! As always, you can click on the graphic to be taken to the home page for each tour, where you’ll find the schedule for the blog tour, giveaways, and more.

Singing Librarian Book Tours also has a tour starting up on Monday 4 December. Click on the graphic for tour details, but just note that the details for this tour won’t be up until the evening prior to the tour starting.

So many giveaways! First of all, starting on 4 December 2017, I’m hosting 12 Days of Christmas Reads. Twelve authors, each spotlighting a Christmas-themed read and offering you the chance to win a copy! Follow this blog through WordPress or by email to get the posts automatically sent to you! 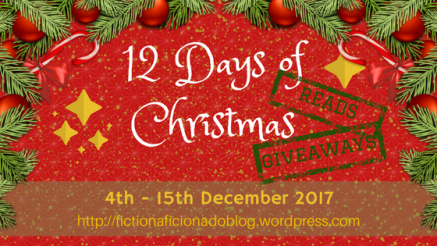 BFFs Roseanna White and Stephanie Morrill are doing a BFF holiday giveaway, which ends on 11 December 2017. Click on the graphic to go to Roseanna’s website for more details. 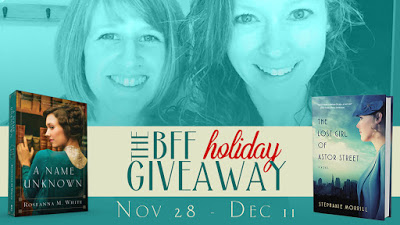 And there’s another 12 Days of Christmas giveaway running on author Liz Johnson’s website, open until 12 December 2017. Click the graphic below to go to the giveaway. 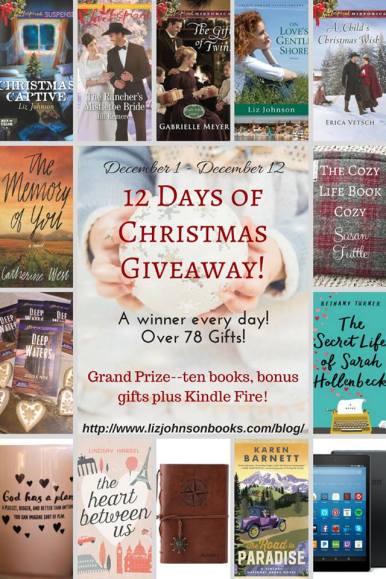 The Suspense Sisters have a Christmas giveaway that’s open until 22 December 2017. Click on the graphic for more information. 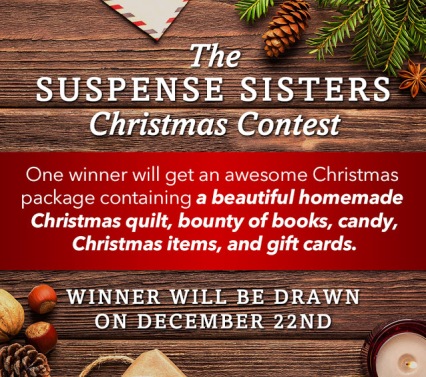 Litfuse have giveaways with three of their current book tours. Click on the graphic for more information. 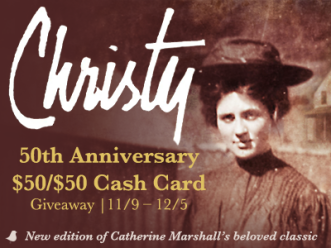 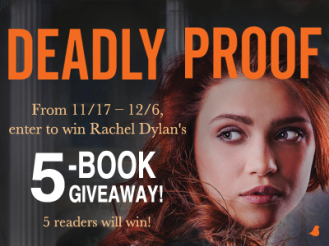 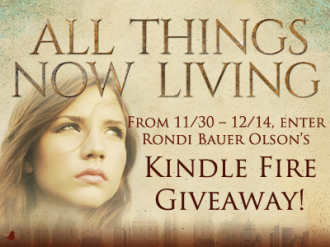 And here are some Goodreads giveaways for December – click on the cover to enter.

Sarah Monzon is having a live chat on her Facebook page on 5 December 2017 at 5:30pm EST. Click on the graphic to go to her Author Page.

Laurie Lucking has revealed the cover of her February 2018 release, Common.  Click on the cover to find out more. 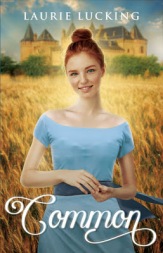