Posted on September 28, 2018 by Fiction Aficionado 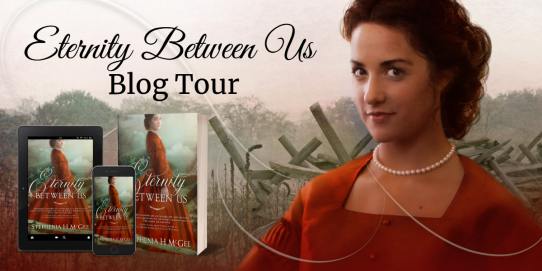 After being forced to use a pistol against invaders, Evelyn Mapleton is no longer the timid girl her extended family expects. The more her aunt and cousin resent her new independence, the more Evelyn is determined she’ll make her missing father proud by taking up his cause and aiding Confederate soldiers–even if she has to outmaneuver the Yankees guarding her home to do it.

Samuel Flynn’s life is consumed with two priorities: learning to become a proper guardian for the young orphans he’s adopted and obtaining his physicians license. When his final testing sends him to a Federal Army field hospital, the last thing he expects is to be entranced by a mysterious woman. But when Evelyn’s misguided exploits put her life in danger, will he risk everything he’s worked for to save a woman he thinks is his enemy?

Based on first-hand accounts from the Civil War and with a strong romantic thread, this is a tale of faith, espionage, hope, and courage historical fiction fans won’t want to miss.

The hairs on the back of his neck stood on end. The wind shifted and the enticing fragrance that had stirred him disappeared. The woods standing sentry along the edges of the road held fast to their secrets. Still, Samuel remained rooted to his position, his senses alert to danger.
Would a rebel emerge from the underbrush to slay him where he stood? Samuel lifted his bag to his right hand, held it for a moment, and then decided to pass it back to his left. If a hot-blooded Southerner popped out of the trees, better he have use of his dominant hand to defend himself.
A flash of cornflower blue caught his eye, and then a slip of material passed between the trees. He narrowed his eyes. A skirt? What woman would be slinking about in the woods?
The swath of blue drew closer, materializing into a silhouette of a woman. He stood there like a fool, mesmerized by the sway of fabric as it drew closer. He watched as the details emerged, captivated.
The skirt hung limp, unencumbered by the fashionable hoops women of means touted. No frills or pomp, but no thick line of muck coated the hem. Why he should notice such a thing, he wasn’t entirely certain.
His eyes drifted farther up. The skirt narrowed at the top, and the fabric swelled over womanly curves. The graceful arch of a feminine neck rose from a high neckline, supporting a face hidden in shadows. Like a fairy from one of Emily’s storybooks, the woman hovered in the cover of the woods watching him as surely as he watched her.
He dropped his heavy medical bag.
No sooner had it hit the dirt than she took another step forward. He waited, not wanting to frighten her. For surely a creature as timid as this offered no cause for alarm. The shadows of hanging limbs dappled across her form until she stepped free of their embrace.
Hair as dark as a raven’s wing swept away from a face free of a temptress’s paints. Wide, dark eyes stared at him, hidden for the briefest of instants behind the sweep of lashes. She drew her lower lip between her teeth and took another step toward him, twisting long pale fingers together.
A striking woman. With the contrast of her creamy skin and raven hair, he was again struck by the thought of a fairy. her complexion was smooth, and the lines of her face pleasing. But it was her eyes that held him captive all the way to the moment she stopped a few paces from him.
Deep as pure cocoa, they sparkled at him with intelligence, bravery, and determination. Were he truly standing on a page of Emily’s book, surely this arresting creature would be called the Lady of the Mist or the Queen of the Wildwood.

Eternity Between Us is an engrossing story of torn loyalties and espionage set during the beginning of the Civil War. What makes it even more fascinating is that many of the events in the story are based on historical accounts. Why make stuff up when history provides all the drama you could ask for?

This story also has one of my all-time favourite dilemmas: Characters who fall in love despite being on opposite sides of the political divide. It doesn’t just create delicious romantic tension; it also creates engaging intellectual tension as the characters consider what is driving their loyalty to a particular cause and how to meet each other on the middle ground. And in this case, there was one scene in particular where Evelyn and Samuel discussed their conflicting loyalties that may just be my favourite in the whole book!

And the espionage. Who doesn’t love a bit of espionage? Boy did that get interesting in the last quarter of the book. All of a sudden it was all happening!

If you love historical fiction, make sure you don’t miss this one. Engaging characters—including two very lovable and believable children—vivid historical detail, and a story that will keep you turning the pages.

I received a copy of this novel from the author. This has not influenced the content of my review, which is my honest and unbiased opinion. 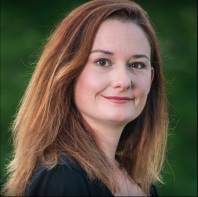 Stephenia McGee is a wife, mother of two very active little boys, author, and lover of all things historical. Stephenia currently lives in Mississippi with her husband and sons where she writes stories of faith, redemption and life steeped in southern culture. 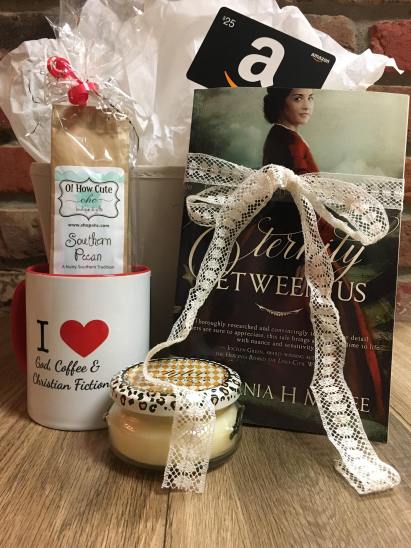 Prize package includes: One signed paperback of Eternity Between Us, “I love God, coffee & Christian Fiction” book cover coffee mug, one ebook (reader’s choice), Her Place in Time audible audiobook, $25 amazon gift card, and a few southern goodies in celebration of the release of Eternity Between Us! (US address only)

29 September – Reading on the Edge (Spotlight)

4 Responses to Eternity Between Us (Stephenia H. McGee) – Review + Giveaway