Posted on October 4, 2018 by Fiction Aficionado

London, 1853: Innkeeper’s daughter Mina Scott will do anything to escape the drudgery of her life, for there’s nothing more mundane than serving customers day after day. Every minute she can, she reads and dreams of someday becoming a real lady—and catch the eye of William Barlow, a frequent guest at the inn.

William is a gentleman’s son, a charming but penniless rogue. However, his bachelor uncle will soon name an heir—either him or his scheming cousin. In an effort to secure the inheritance, William gives his uncle the impression he’s married, which works until he’s invited to bring his wife for a visit.

William asks Mina to be his pretend bride, only until his uncle names an heir on Christmas Day. Mina is flattered and frustrated by the offer, for she wants a true relationship with William. Yet, she agrees. . .then wishes she hadn’t. So does William. Deceiving the old man breaks both their hearts. When the truth is finally discovered, more than just money is lost.

Can two hearts survive such deception?

“Right, here’s the thing.” He leaned forward, the excitement in his tone pulling both her and Mr. Fitzroy closer to him so that they huddled ’round the table.
“My uncle Barlow is ready to choose his heir. It’s between me and my cousin Percy—”
“Egad!” Mr. Fitzroy rocked back on his chair. “That pompous donkey? I should think there’d be no competition.”
“I agree, but my uncle favors a married man. And since I am not . . .” Will tugged at his collar, loosening his cravat. “Well, I gave Uncle Barlow the impression I’d recently wed, or I’d not even be considered.”
Mr. Fitzroy let out a long, low whistle.
Mina’s eyes widened. “You lied to your uncle?”
William shook his head, the tips of his hair brushing against his shoulder. “No, not outright. I merely led him on a merry word chase, and he arrived at a particular conclusion.”
Mr. Fitzroy chuckled. “One day, my friend, your deceptions will catch up to you.”
“Perhaps. But not today. Not if you, my sweet Mina”—William captured her free hand and squeezed—”will agree to be my wife for the tea. I could pick you up at two o’clock. What do you say?”
Say? How could she even think with the warmth of his fingers wrapped around hers and his blue gaze entreating her to yield? It would be lovely to live a fairy-tale life if only for part of any afternoon. Take tea in a grand house, finally be a real lady, just like those she so often read about—
“Miss!” the man across the room bellowed again.
—And escape the drudgery of serving corpulent patrons who more often than not smelled of goats and sausages.
Pulling her hand away, she smiled at William. “I say yes.”
God bless her! For surely her father wouldn’t.

What a lovely way to officially begin my Christmas reads for 2018. This story doesn’t bear any resemblance to the plot of Dickens’ story A Tale of Two Cities, but it has a thoroughly Dickensian feel, right down to the names of the characters. And really, there’s just something about Dickens and Christmas that seems to go together, isn’t there?

Two of the things I love most about Dickens’ novels are his characterisation and his turns of phrase. I could (and, in fact, will) say the same thing for Michelle Griep and this novel. William and Mina are honourable, yet flawed characters, learning some valuable lessons about themselves and their faith as their deception digs them a deeper and deeper hole to try and fill in. I loved Mina’s rapport with Uncle Barlow, and he and the other secondary characters added great colour and depth to the story, just as Dickens’ secondary characters do.

And then you get Dickensian descriptions like: “No matter the time of day, London streets teemed as if a great bucket of humanity had been upended and dumped onto the sidewalks.” Yes, there are Americanisms like ‘sidewalk’ that creep in, but it doesn’t take away from the overall effect.

And finally, there is the romance—a gentle dawning on William’s side, but complicated by their deception. It all added up to an enjoyable escape to Victorian London that definitely has me in the mood for Christmas. So long as it doesn’t include oyster stew!

So, it’s September, and you know what that means? It’s back to school. Pumpkin spiced everything is just around the corner. And it’s nearly time for cardigans and colored leaves. But besides all these autumn staples, it’s also time to start thinking about Christmas, because it will be here before you know it. How about this year you plan ahead to serve some traditional Victorian food?

In my newest release, A Tale of Two Hearts, the heroine’s father is known for his annual oyster stew that he serves on Christmas Eve. Here’s a bit of the background on that tasty soup.

Oysters have been savored in Britain since the days of the Romans. By Victorian times, industrialization cheapened oysters to the point of them becoming a staple of the poor man’s diet and were a frequent fare served in public houses. This, however, depleted their abundance, and by the mid 1800’s, the natural oyster beds became exhausted, making it harder to find good oysters. While other foods were served as well on Christmas Eve, oyster stew was as common as goose or turkey.

Another Victorian favorite that goes great on a crisp evening is good ol’ hot chocolate, though in Dickens’ England, it would’ve been called something else.

What we now call cocoa or hot chocolate was called drinking chocolate in the mid 1800s. This beverage was a favorite among Victorian ladies. You can find recipes for it even from the Regency era (early 1800s) and here is one for you to make at home.

And last, but not least, who hasn’t heard of Christmas pudding? To our American ears, that sounds like a tasty dish that you’d eat with a spoon and slap a little whipped cream on top. Actually, it’s more like a fruit cake.

Christmas pudding is quite a production, one that begins well before Christmas Day. In fact, it begins on Stir-Up Sunday, the last Sunday before Advent (which is five weeks before Christmas). This is why when Mina, the heroine in A Tale of Two Hearts, returns home from dinner at Uncle Barlow’s, and though it’s not yet Christmas, she sees the pudding moulds on the kitchen table. 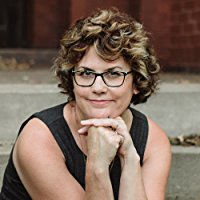 Michelle Griep’s been writing since she first discovered blank wall space and Crayolas. She is the author of historical romances: The Captured Bride, The Innkeeper’s Daughter, 12 Days at Bleakly Manor, The Captive Heart, Brentwood’s Ward, A Heart Deceived, and Gallimore, but also leaped the historical fence into the realm of contemporary with the zany romantic mystery Out of the Frying Pan.

To celebrate her tour, Michelle is giving away a grand prize of a $25 Barnes & Noble gift card!!

Be sure to comment on the blog stops for nine extra entries into the giveaway! Click the link below to enter. https://promosimple.com/ps/d4ef/a-tale-of-two-hearts-celebration-tour-giveaway

14 October
Vicky Sluiter // Daysong Reflections // To Everything A Season