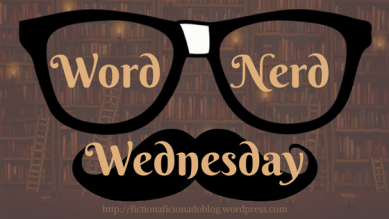 Wednesday has rolled around again Word Nerds! Today I’m looking at the word dystopia in anticipation of a fantastic novel that releases this Friday (28 April): The Uncloaked by J. Rodes (who will be more familiar to readers as Jennifer Rodewald).

I will have plenty more about this book in the coming days, including an interview with Jen tomorrow discussing the dystopian genre and her new series, but for today, I thought it would be interesting to have a look at the word itself. Thanks to the popularity of series such as The Hunger Games and Divergent, it’s probably not unknown to most, but for the record, here is the definition:

It’s actually not a new word, having been traced back as early as 1747 when it was first used as an antonym for utopia. The word utopia dates back even further, to Sir Thomas More’s book of the same name, published in 1516.

More’s book is a political satire detailing the fictitious island of Utopia—a place with the ideal social, religious, and political customs—but contrary to popular belief, the title actually meant ‘no place’ [in the Greek ou (not) + topos (place)] rather than ‘good place’ [in the Greek eu (good) + topos (place)]. It was a pun that played right into More’s hands, the implication being that such an ideal society could never exist.

Despite More’s original intent, it was the ‘good place’ interpretation (eu+topos) that carried over to English, leading people to eventually create an antonym for the opposite conditions: a society of misery, oppression, and fear, often headed by a totalitarian government. Interestingly enough, dystopia wasn’t the first choice of antonym. The Greek prefix kako also means bad or evil, and is considered by some to be the more appropriate antonym to the Greek eu (good). Hence, the original term was kakotopia (cacotopia). In the long run, however, dystopian won the day.

Dystopian fiction isn’t new either. Jerome B. Holgate (under the pseudonym Oliver Bolokitten) is often credited with writing the first dystopian novel in 1835 (A Sojourn in the City of Amalgamation, in the Year of Our Lord, 19–). Authors such as Samuel Butler and H.G. Wells wrote in the latter half of the 1800s, and in the case of H.G. Wells, into the 1900s. Aldous Huxley, George Orwell, and Ray Bradbury are probably the most notable authors of dystopian fiction from the first half of the 1900s, and the list has grown considerably as the century progressed. (See here for a more complete list).